Embodied approaches to creation and religion:

How art, Focusing and prayer can open us to the flow and wisdom of life going beyond categories and perceptions.

How practices from art (movement, voice and stories), the Focusing practice of Gendlin and Jewish mysticism, can help us create in new terms, experiential territories that open us to ‘the more’.

Throughout many generations various beneficial movements have developed to help a person expand her perceptions and ways of being in the world. Why should we narrow ourselves to any particular one?

In the workshop we will use advanced practices from different fields: Art, Prayer, Jewish Meditation and Focusing. We will read texts of wisdom from each, and open the implicit intricacy they want to carry forward.

We will experience tools to expand awareness and sensibilities to the organic movement of the body where silence becomes music, where movement becomes a pause, where sense becomes felt. Opening ourselves in such ways enables us to listen to what is being asked through us. 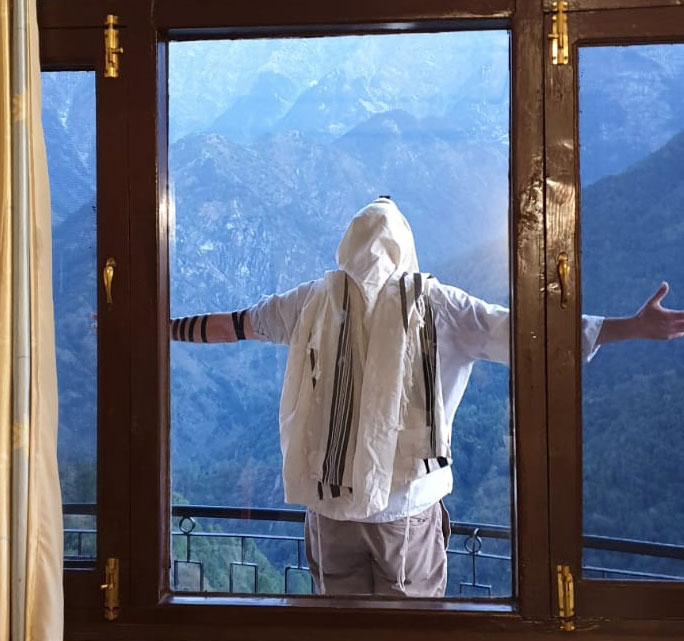 We will delve into the exploration of will and intention with the infinite listener; explore the concept of Hitbodedut from the Kabalah texts and the stories of Rabbi Nahman, and work with articulated prayer: how to enter the inner world through verses from Psalms.

Rabbi Baruch Brenner The Israeli theater director, actor, singer, teacher and ordained orthodox rabbi Baruch Brenner has for the last 25 years been a central motor in researching and experimenting with tools for combining a deep and knowledgeable study of Jewish sources and spiritual practices with qualitative work in theatre, movement and voice. He is also engaged in educational frameworks and workshops where secular people with little knowledge of Jewish sources become acquainted with them in a non- coercive , intense and open manner.

In these workshops he shares his deep knowledge of Jewish mysticism (Kabbalah and Chasidism) not only verbally, through studying of the texts, but also through chanting and singing.

Dana Ganihar, M.Sc. is a Certified Focusing Professional living in Israel and teaching Focusing and the Philosophy of the Implicit for 15 years. She has been also developing and teaching for many years ‘Felt reading’ of A Process Model, the seminal book of philosopher and psychologist Eugene Gendlin. Dana explores the deep potential of Focusing and A Process model concepts for diverse fields such as science, architecture, writing and religion. Dana is also an adjacent Lecturer in the Architecture Department of the Technion, Israeli Institute of Technology, where she teaches a course on “Focusing in the Design Studio”. 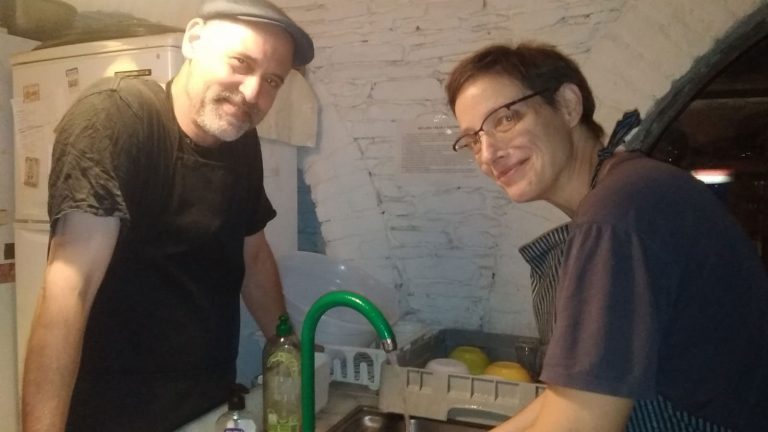 The purpose of this schooling is to reawaken the art of prayer in the world as a pure  movement and expression of human nature – free of clothing of culture, theology, dogmatism, beliefs. We work with texts of old and new wisdom, and practices of embodied attentiveness.

The Art of Prayer addresses the following questions:

We would like to invite you to practices and small steps of carefully opening up a “a field“ that lets us freshly rediscover our own meaning of prayer. We suggest that praying is a formulating, voicing and communicating that belongs to (human) nature beyond any known structure, philosophy or theology. Curious exploration can make you sense and touch the depth and wideness of that field.

The method of Focusing that we work with is a way to expand our daily awareness, and get in touch with ‘more’ than we explicitly know.

In the Art of Prayer we use Focusing in a wider framework of traditions, to rediscover basic spiritual attitudes, and open them to our own experiential meanings. We will experiment with different kinds of prayer, tools and methods that can support us in developing the art of praying.

Our work fosters the possibility of opening us up to the wisdom active in various traditions, in new philosophies, in ancient stories… without constraining ourselves to only one of them. It is a way that opens the possibility of making significant life movements within each web/approach/ wisdom with its internal consistency, without the need to suppress the other. It’s a way that design new combinations between approaches and thus releases attachment to any one content and opens a new understanding in another content.

In this spirit we will work with the wisdom of ancient religious texts; Jewish and Christian mystics; passages from the philosophy of Gendlin, stories from Rabbi Nahamann, Meister Eckhart, Kafka and other transformative writers.

We will explore the depths of these sources by Focusing on micro-movements, tapping into the „responsive order“ (Eugene Gendlin), and becoming. curious, kind and gentle with the sensitivity to the unknown

The Art of Prayer has been created out of the need to refresh, reformulate, re-invigorate tools for prayer both to people whose prayer is part of their lives in various forms and to those who are curious even though prayer is still not in their world. The school is open to  every person in the world without cultural or religious differences.